From Pollution to Potential 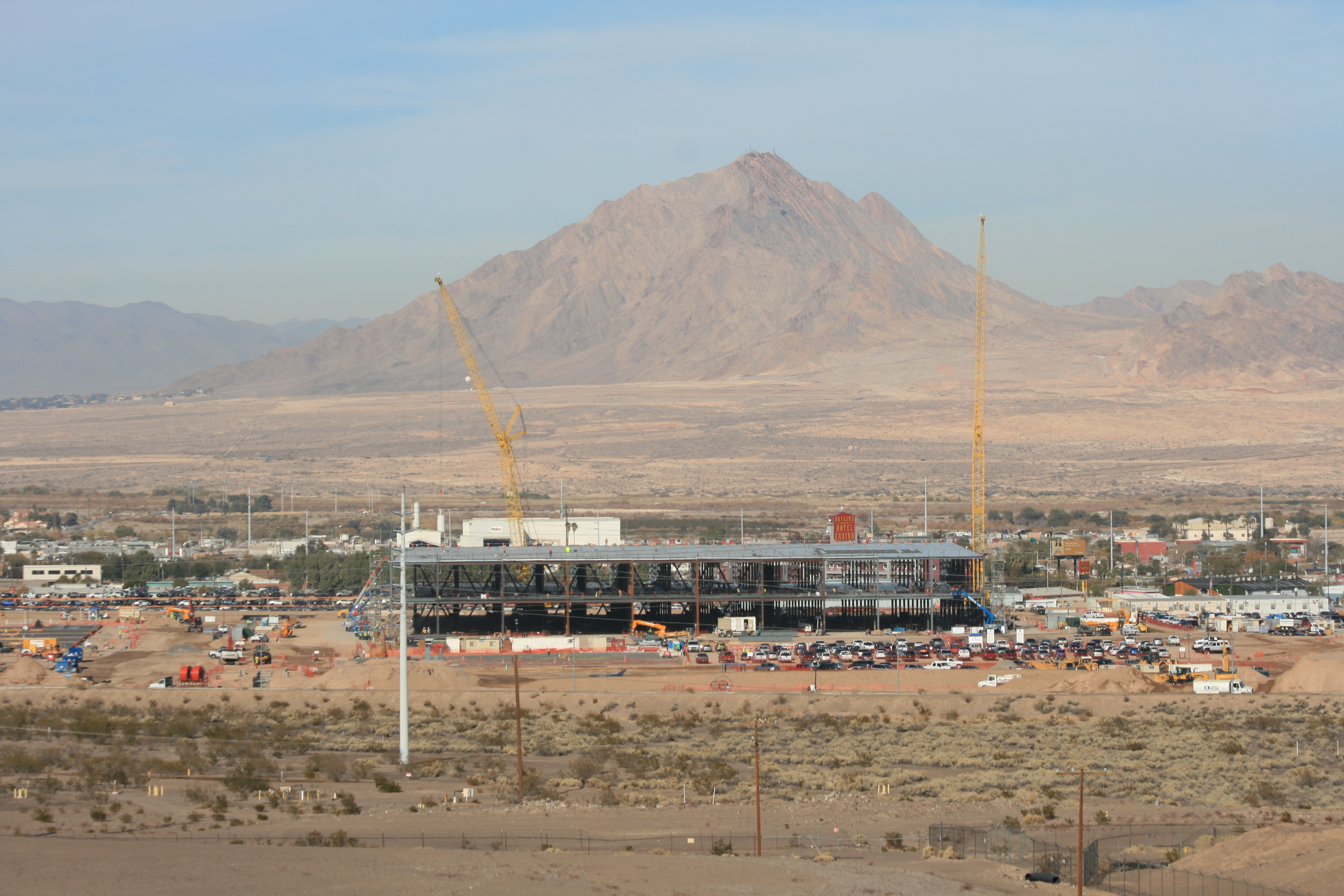 Near the Black Mountain Industrial Complex in Henderson, Nevada, successful environmental cleanups are paving the way for new development on once-contaminated land.

If you drive west on Warm Springs Road towards the Black Mountain Industrial (BMI) Complex in Henderson, Nevada, you might notice a frame of steel beams and concrete columns rising out of the desert brush. It’s the skeleton of what will ultimately become a $600 million data center for Google, a giant of the global tech industry.

The 750,000-square-foot data center is a boon to Nevada’s economy. It will generate 3,000 temporary construction jobs, 50 permanent jobs, and more than $94 million in tax revenue.

The arrival of Google in the Las Vegas Valley is a testament to Nevada’s growing attractiveness to tech business and industry. But it also speaks to something more fundamental — the Nevada Division of Environmental Protection’s (NDEP) successful environmental cleanup around the BMI Complex.

Looking back: a complicated history

Half a century before Google existed, the BMI Complex was a major magnesium producer to support the World War II effort. Even after the war ended, the BMI Complex continued as an important center for chemical production, especially the production of perchlorate — a component of rocket fuel.

But operation of these chemical factories pre-dated important environmental laws and the U.S. Environmental Protection Agency. Without restrictions or guidelines, factories often dumped polluted water into ditches and unlined ponds. This was legal at the time, but it left residual contamination behind in the soil and groundwater.

Although investigation and cleanup efforts were underway in the 1980s, the extent of the legacy contamination did not become clear until 1997, when officials detected perchlorate in the Colorado River. Further investigation by NDEP revealed a plume of groundwater contamination that extended northward from the BMI Complex to the Las Vegas Wash — a direct link to Lake Mead and the Colorado River.

The transformation is striking. Once-contaminated industrial sites have become safe, attractive properties where families can settle and businesses thrive.

Paving the way toward a healthy community

Perchlorate can interfere with thyroid function, so its presence in the Las Vegas Wash concerned public health officials. Something had to be done to reduce the risk. What followed was a comprehensive strategy to clean up the mess from its source — near the BMI Complex — to its furthest extent — the Colorado River.

Over the years, NDEP has played a central role in this ongoing push to remove perchlorate and other contaminants from the environment. It brings a range of cleanup strategies to the table:

Once NDEP determines that soil and groundwater at a particular site are no longer a threat to the public or environment, the municipality approves the site for redevelopment. Before developers broke ground on the master-planned Cadence community, for example, NDEP officials put the property through a comprehensive environmental study. They removed contaminated soils and sampled the area extensively to make sure their cleanup efforts worked.

The cleanup had worked. Soon after, NDEP announced that the Cadence property was safe for the public.

The list of safe sites around the BMI Complex continues to grow. The changes are visible throughout the community: the Google data center emerging out of the desert floor; the bustle of customers at the Lake Mead Crossing shopping center; and Cadence with its expected 13,000 homes and network of parks, trails, and schools.

The transformation is striking. Once-contaminated industrial sites have become safe, attractive properties where families can settle and businesses thrive.

​The hard work is not entirely over, of course. More cleanup is necessary in and around the BMI Complex. Several treatment systems are continuously cleaning polluted groundwater. NDEP staff continue to look for the best technologies and locations for future treatment systems. In coming years, many more properties will be ready for redevelopment.