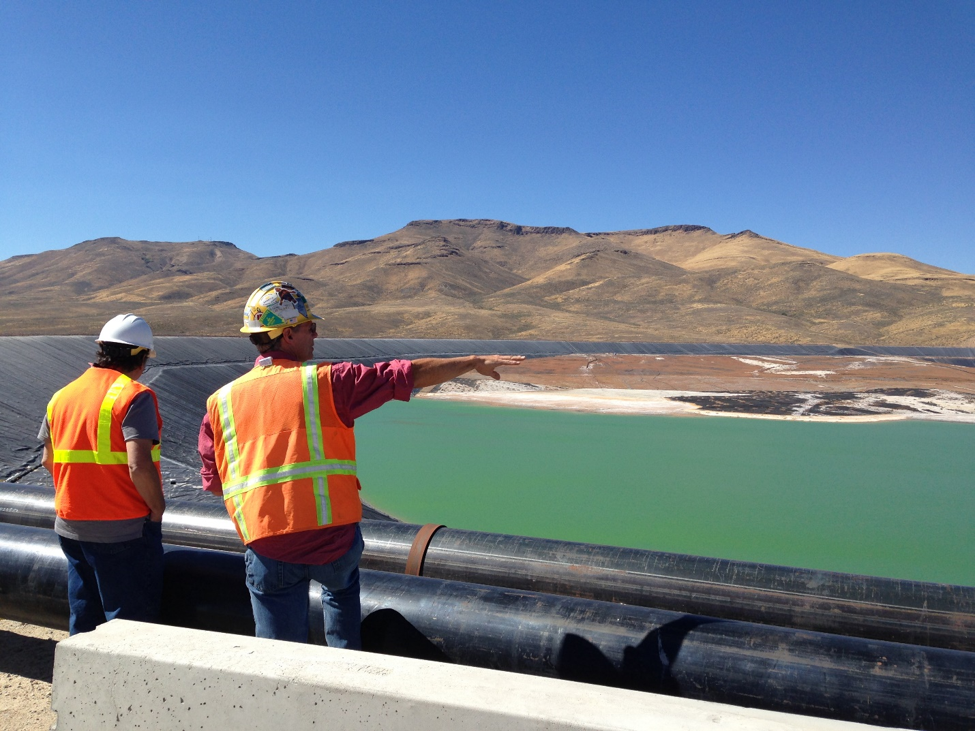 The short answer: The Nevada Division of Environmental Protection (NDEP) requires every mine in Nevada to address four common water pollution concerns before they can break ground.

If mining brings to mind images of pickaxes or gold panning or perhaps the sound of a mine cart grinding against rusty railing, it’s probably worth looking again. The 21st century has brought with it technologies that have transformed the scale and methods of mining.

Advanced mining technology is not the only thing that’s evolved since the Comstock era. As discussed in an earlier blog on the roots of Nevada’s modern mining laws, environmental protections have since become a definitive part of modern mines to prevent the degradation of Nevada’s groundwater, rivers, lakes, and streams — all of which are protected by Nevada law.

Here at NDEP, we understand that mining operations can still pose pollution concerns today. If not planned, constructed, operated, and monitored effectively, mines can create contamination that is harmful to our health, expensive to clean up, and illegal to release into groundwater or surface water.

So, as Nevada’s primary environmental protection agency, how do we protect Nevada’s waters when we write a permit for a modern mine?

Here’s a brief look at the requirements we put in every mine permit to address four common pollution concerns.

Water Protection Concern #1: How do we prevent mine equipment from leaking chemicals?

The short answer: Harmful chemicals used in the mine process must be contained within impermeable steel, plastic, or concrete structures — often utilizing multiple layers.

The longer explanation: Mines apply different chemicals to “leach,” or extract, valuable metals from rock. Some of these can pose threats to public health and the natural environment, especially if they seep into groundwater, which is illegal by Nevada law. To safeguard against such risks, our permits require mining operations to install carefully tested containment systems according to specific standards for mine components that have the potential to release harmful chemicals to the environment:

For example, heap leach pads – large heaps of ore where acid or cyanide is applied using a drip system to pull out valuable minerals – are lined with a sheet of dense plastic designed to withstand the weight of thousands of tons of ore without puncturing or tearing. Monitoring wells placed around the perimeter of the pad constantly detect any evidence of leaks. During regular inspections, our environmental scientists examine the pad, piping, conveyance channels, and the leak detection systems to make sure the entire heap leach fluid management system is working as designed.

NDEP engineers review the design plans of every mine component, like this basic drawing of a heap leach pad. Heavy-duty plastic liners — many times thicker than a household garbage bag — keep chemicals from leaking into the soil.

Water Protection Concern #2: How do we control or prevent acid mine water?

The short answer: Nevada’s dry climate greatly reduces the risk of acid drainage, but the potential still exists.  Mines still have to design their operations to control or eliminate any acid that forms.

The longer explanation: When locked in bedrock hundreds of feet underground, sulfide minerals are harmless. They’re stable and don’t release chemicals. But when dug up and exposed to air and moisture, sulfide may turn into sulfuric acid, which eats at the rock, flushing out dissolved metals. In places that receive a lot of rain or snow, such harmful “acid rock drainage” is especially concerning.

Fortunately, Nevada is the driest state in the nation, averaging just eight inches of precipitation each year, so controlling acidic drainage is much easier than in a wet climate. If laboratory tests show mine rock has a potential to create acid (See blog #3 for more on these tests), mines must make plans to manage it carefully, like treating it with lime to neutralize it or creating lined ditches to manage runoff.  These plans must be reviewed and approved by NDEP.

And when a mine is closing after years of work, its facilities must be properly closed to eliminate threats to the environment.  For example, a waste rock storage facility is permanently buried with thick layers of soil, sometimes plastic, where the sulfide rock is starved of water and air, becoming benign once again.

Our permits do not discriminate between small spills or large releases. After all, a spill of any size, if not contained, could threaten Nevada’s waters.

Water Protection Concern #3: What happens if there is a spill?

The short answer: Big or small, every spill must be cleaned up, and larger spills become part of the permanent record in quarterly and annual reports.

The longer explanation: Our permits do not discriminate between small spills or large releases. After all, a spill of any size, if not contained, could threaten Nevada’s waters. Whether it’s a persistent drip of oil from a truck or a large-volume emergency that warrants a call to NDEP’s 24-hour Spill Hotline, Nevada’s mines are required to respond quickly and comprehensively to spills or leaks:

Mines with spills larger than 25 gallons — enough to fill an average bathtub — have to detail the incidents in quarterly and annual reports. These reports note how they cleaned up the spill and include analysis from a Nevada-certified lab that verifies that all contamination is gone.

Water Protection Concern #4: What protections are in place to keep mines from creating a leak or spill after they close?

The short answer: Monitoring wells remain for years after mining stops to make sure mines have become chemically stable.

The longer explanation: Although a mine may have scraped the last ton of valuable ore from the ground, its work isn’t done until years later. That’s because our permits not only protect water during mining. They require a guarantee that water won’t be degraded even decades after mining stops.

Mines must become chemically stable before they are officially closed, something which we’ve achieved at more than 130 mines across Nevada, and the process continues today.

It’s a process that involves more engineering — and more dirt moving — to rework components that pose a risk to the environment, including:

When closing, mines must rework old components so they don’t pose a risk to the environment. In this graphic, for example, a thick layer of soil seals a heap leach pad from rain and snow, which runs off the sides instead.

Then begins a long period of constant monitoring — upwards of 30 years — to ensure compliance with all applicable laws and regulations to help protect public health and the environment. During that time, mine operators must make sure new soil holds, that monitoring wells don’t indicate pollution, and that old facilities aren’t leaking. At some operating mines, historical components may require longer-term treatment. In those cases, we require financial guarantees too — money invested by a mine company to support treatment systems that purify water for many years. 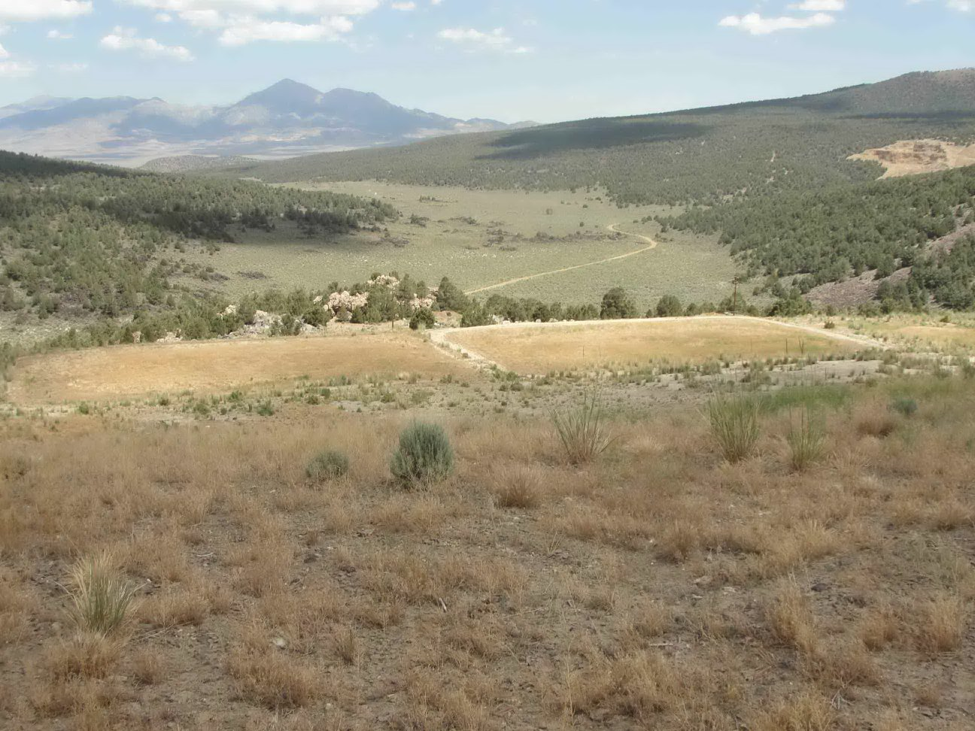 Properly closed mines may look like this. The old heap leach pad (in the foreground) looks like the surrounding landscape. The reclaimed process ponds (square patches of grass) have become e-cells. Both are stable — with enough soil to keep water out.

It’s not enough to simply require liners or well-engineered structures. Accountability is critical.

The Key Safeguard That Pulls It All Together

It’s accountability. It’s not enough to simply require liners or well-engineered structures. After all, it’s our duty by Nevada law to make sure such protections actually work. Nevada’s groundwater, rivers, streams, and lakes have special protections that must be upheld.

Accountability is critical in this regard. It means conducting more than 450 inspections every year to check for tears or drips in mine equipment so minor issues don’t become serious permit violations. It means holding bond money from mine companies so funds are in place to secure a mine if the operator walks away. It means carefully reviewing data from monitoring wells to find any concerning spikes of contaminants below tailings impoundments and other mine components.

And if contamination is ever found, it means requiring a mine to stop the problem at once, to correct the damage, and often pay a costly fine. 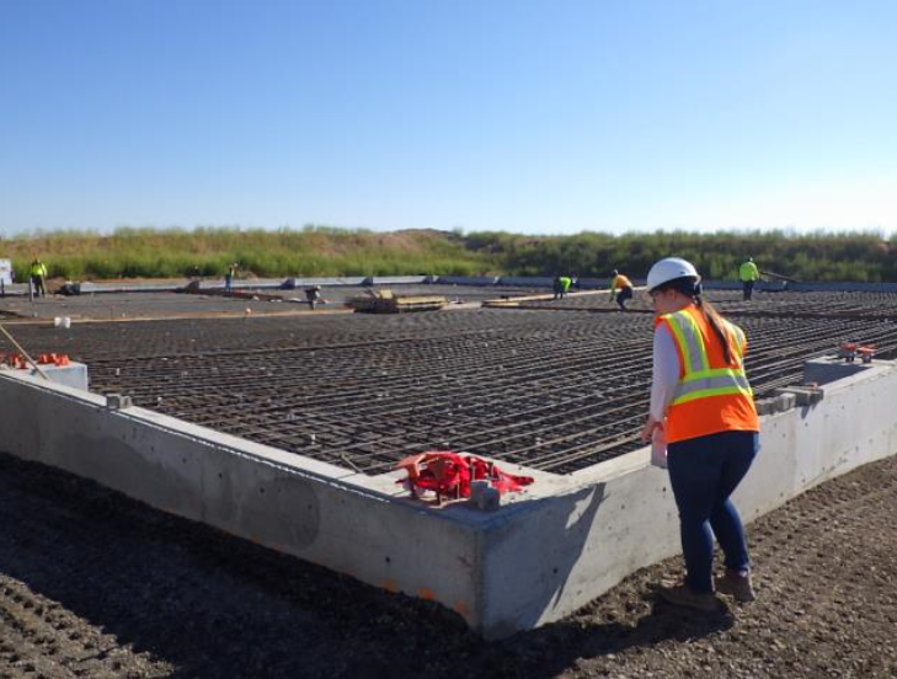 NDEP staff do more than look at blueprints, environmental studies, and mine plans. They go onsite regularly to inspect construction and work happening on the ground. Here, a staff engineer inspects the construction of flooring, which will serve as a second layer of containment (see “Pollution Concern #1”).

This blog is the second part of a series that casts light on how NDEP regulates mines. Public conversations on mining and the environment are happening every day in Nevada. Our goal is to support meaningful dialogue with reliable facts and information.

To learn more about Nevada’s program to protect the environment from mining, read part 1 and part 3 of this blog series or visit our website for detailed FAQs on the specifics of Nevada’s mine regulations.