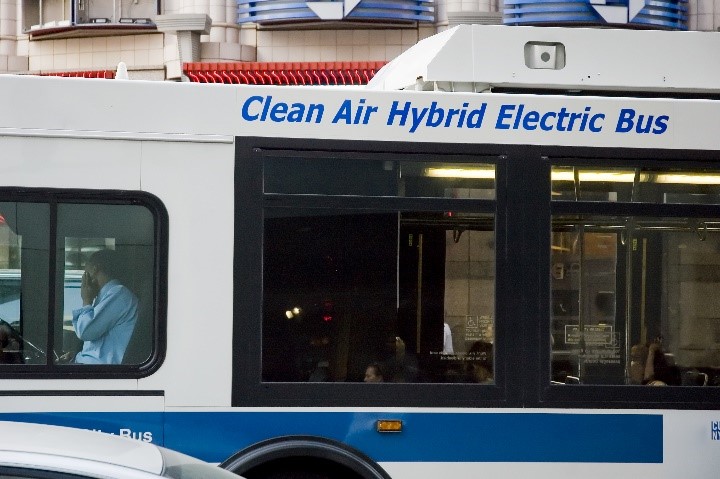 NOx are unhealthy pollutants emitted by vehicles that run on gasoline, diesel, or other fossil fuels. The good news: vehicles are getting cleaner and more efficient, giving NDEP and other agencies a menu of options for improving air quality.

What happens when you start a diesel truck? You can probably imagine the sound: the diesel fuel ignites, hot gas surges up through the engine with a roar. The truck idles, puffing faint fumes out the exhaust pipe.

This process — called combustion — gives semi-trucks enough power to haul huge loads of goods across the country. For many of us, combustion gets us to work, to the grocery store, or up into the mountains for a weekend trip.

Combustion is helpful. But it’s also imperfect and dirty — largely because of NOx.

The Problem with NOx

NOx — short for nitrogen oxides — are irritant gases that are a main source of air pollution in the U.S. When burned, gasoline and diesel release nitrogen, which latches onto oxygen in the air. The result is NOx, which is released out of a vehicle’s tailpipe.

In Nevada, road vehicles (like buses, trucks, and cars) and non-road equipment (like tractors, forklifts, and airport ground-support equipment) are the main sources of NOx. While newer vehicles filter out most NOx pollution before it’s emitted, older vehicles aren’t as clean. And where there’s greater traffic, NOx is a bigger problem.

Once outside, NOx reacts with sunlight to produce ozone, another unhealthy pollutant. Together, NOx and ozone are often visible as reddish-brown smog that hovers over big cities on hot summer days.

New technologies give Nevada a path forward for tackling NOx pollution. Since vehicles are the main source of NOx in Nevada — generating 69% of it — switching to clean technologies does a lot to clean the air.

This makes NOx, and consequently ozone, a health concern for people who live or work in cities with large highways and heavy traffic. When large quantities are inhaled, NOx and ozone can inflame airways and lungs, making people cough or even have trouble taking a deep breath. Health studies have linked long-term exposure to a variety of respiratory problems like asthma, bronchitis, and lung disease.

Some groups and communities are especially at risk from NOx pollution. For example, people with sensitive lungs — like children, the elderly, and people with chronic diseases — are more likely to experience symptoms caused by NOx. People who spend a lot of time outside in urban and congested areas are more at risk, like construction workers who work near roadways. Neighborhoods located near major highways may similarly be exposed to more NOx.

Such new technologies give Nevada a path forward for tackling NOx pollution. Since vehicles are the main source of NOx in Nevada — generating 69% of it — switching to clean technologies does a lot to clean the air.

The Nevada Division of Environmental Protection (NDEP) and its partner agencies continue to help companies, organizations, school districts, and municipalities make this shift to clean technology. NDEP offers grant programs designed to reduce NOx and other air pollutants — part of their mission to enhance the environment of the state in order to protect health, sustain healthy economy, and contribute to a vibrant economy.